A lot of apologies have been called for in recent years – and some have been made, even when not sought.

Often, these issues of apology and reconciliation are related to colonial endeavors, and particularly the exploitational tendencies of white settler communities. In the UK, the ‘public apology’ issue really came to prominence during 2007, the Bicentenary of the ending of the slave trade. Various senior politicians expressed ‘regret’, but no official apology as such, was deemed necessary by those in power. The issue is still raised by representatives of those that have undergone previous injustice – the recent call by the President of Jamaica for reparations from the UK for the crime of slavery seems to be ably supported by concrete evidence in the form of archived accounts of plantation profits, as well as records of compensation paid by the UK Government in the 1830s to slave owners whose ‘capital’ of human bodies had been deemed to be freed through an Act of Parliament. The existence of such an Act represents the proof of the injustice, but not apology – and no reparations are deemed to be necessary.

In such a climate, therefore, it is perhaps strange to see such a full and reflective ‘apology’ being freely offered from one of the wealthiest nations on earth, as happened when, in 1993, the Church of Norway sent a ‘letter of reconciliation’ to the people of Lindsifarne, Holy Island, Northumbria, reflecting on the devastation of the Abbey and community on Holy Island in the year 793AD.

This letter of reconciliation acts both as a sort of apology for the Viking raid in AD793, and also a reflective meditation on proceeding events. This ‘reconciliation’ took place exactly 1200 years after the  sacking of the monastery of Lindisfarne. What took them so long? Why now? And, what does it mean?

While the UK Government are clearly a little reticent to hold their hand up and take responsibility for the much more recent trade in human cargo that arguably laid the foundation for the modern world system and distribution of wealth and power, the Norwegian Church appear happy to take responsibility for the plundering of an early Christian monastery more the 1200 years ago.

Our understanding of the Viking Age has grown considerably in recent years. No longer are they seen as a bunch of hooligans with horns on their helmets. Indeed, their cultural currency as weighed in terms of identity forming capital for use in building nations is highly valued. In Scandinavia, the exploits of Viking ancestors provide a key foundational narrative of nationhood – an identity-forming vehicle carried forward by Scandinavian settlers in other parts of the world, from Minnesota to the Shetland Islands.

It is a powerful story, of bravery and blood honour; a cultural and economic high point enacted through heroic migration that was borne of a mixture of enterprising human spirit and economic necessity. It is a story that is very much celebrated, particularly in Iceland, Norway and Denmark. Rather than a crime to hide from view, or feel remorse for, therefore, the story of the sacking of Lindisfarne provides a direct tacit link to a valuable and powerful origin legend. Maybe the Danes should be kicking themselves that the Norwegians got their apology in first!

Rather than worrying too much about reconciliatory apologies, however, the Danes are busy cementing their Viking self-image through the building of a new museum and visitor centre at the remains of a ring fort in Slagelse, near Copenhagen.

According to the architectural magazine DeZeen: ‘Its green roof will angle up from the ground, and help it to mirror the fortress and blend with its rural setting. The shape also pays homage to the circular shields typically used by Vikings in battle’. “We have designed and placed the building as a lost shield casually left on the edge of the forest,” said [architect] Søren Mølbak. “We have recreated the Viking atmosphere with a gripping audio-visual universe of exhibition spaces, the crackling of the fireplace in the cafe, the tarred timber exterior cladding and the Viking sails decorating the facades,” explained Søren.

Not stopping there: according to the Danish newspaper, Politiken, the Danish People’s Party (an influential xenophobic and anti-immigration political party) has recently called for a complete refurbishment of the internationally famous Viking Ship Museum in Roskilde. Built in the late 1960s to house the five famous Viking ships that were salvaged from the Roskilde Fjord in 1962, the present museum is now thought to look a little dated.

In a newspaper report in January 2016 (http://politiken.dk/kultur/ECE3035037/df-vil-rive-vikingeskibsmuseet-ned-og-opfoere-nyt-i-vikingestil/) a Danish People’s Party spokesperson on culture called for a new museum to be built in ‘Viking style’.

While the same political party seem to have been very keen to confiscate the valuables of refugees entering Denmark in the name of shoring up stretched state finances, it seems that money should be found to build a brand new and suitably ‘Viking’ long-house/museum. The proposal has received some interesting (and very sharp) responses from both the museum community in Denmark, and several prominent architects – including suggestions that the Danish Peoples Party proposal corresponds to a sort of blinkered cultural vandalism that ought to be compared with the actions of IS and the Taliban! (see http://politiken.dk/kultur/arkitektur/ECE3037005/storm-mod-df-forslag-om-nedrivning-af-fredet-museumshal/)

They had better start building soon, however, since in May 2016, the Norwegian Viking Ship Museum announced the winner of the architectural competition to build their new museum in Oslo. 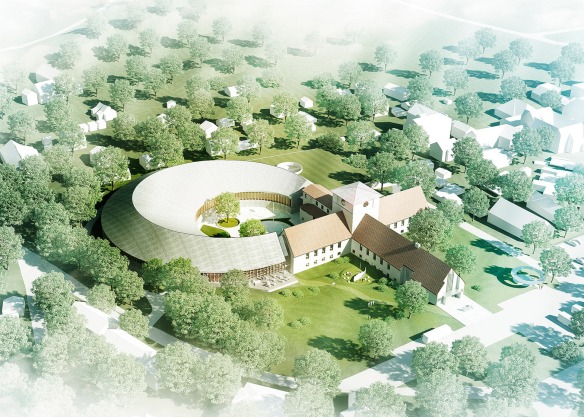 According to DeZeen, the new building once again draws inspiration from ‘Viking Architecture’; “With its bold circular shape, the extension will create a new iconic signature for the museum, while making room for an intuitive flow of exhibitions and preserving the Viking Ship building as a prominent, totally integral part of the new museum and the surrounding countryside,” said the architects. Ironically, perhaps, the architects for this project are the Danish firm, AART!

So far, so good, in terms of there being such a widely held interest and investment in Viking heritage. It provides a source of succor within identity-forming narratives in both Norway and Denmark (and elsewhere), but what else can it do?

Rather than horned-helmeted hairy heathens, the Vikings these days, are more often talked of in terms of their skills, ingenuity and cultural achievements. They were international migrants, who travelled to the edges of the known world in search of economic improvement. In doing so, they had to adapt to all sorts of new environments, as a Viking diaspora spread throughout (and beyond) Europe. Perhaps there are some lessons here for how we understand migration stories today? The detailed circumstances of these migration stories are certainly very different, but perhaps the Danish People’s Party and other anti-immigrant groups in western Europe should reflect upon what they like to celebrate about their own heritage – and extend a hand of understanding towards the migrants of today.

[All the captions are correct, but I think I have got some of them mixed up on the photos below]

Climb on board a Viking ship 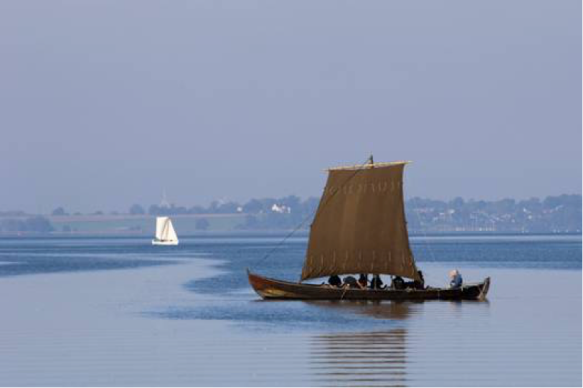 “We were out at sea for a long time – 15 hours – and the motor started to die. We thought we were going to die any minute” 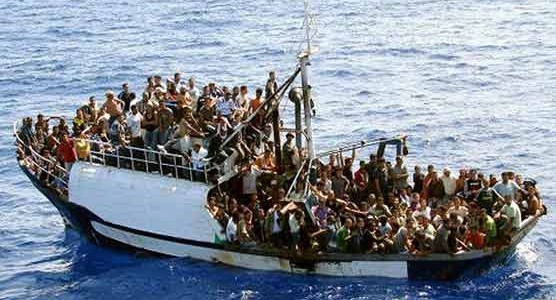 “Genuine sailing experience in a traditional, Nordic boat with oars, sail – and with the scent of wood tar in the nose” 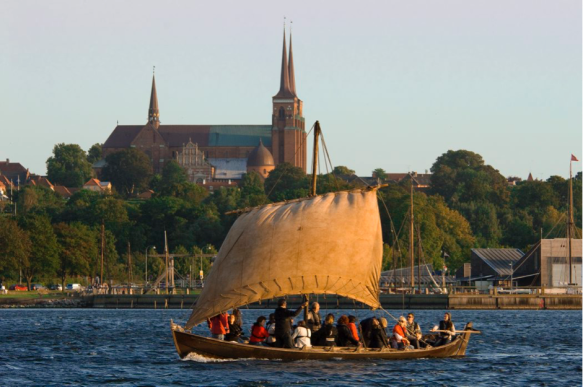